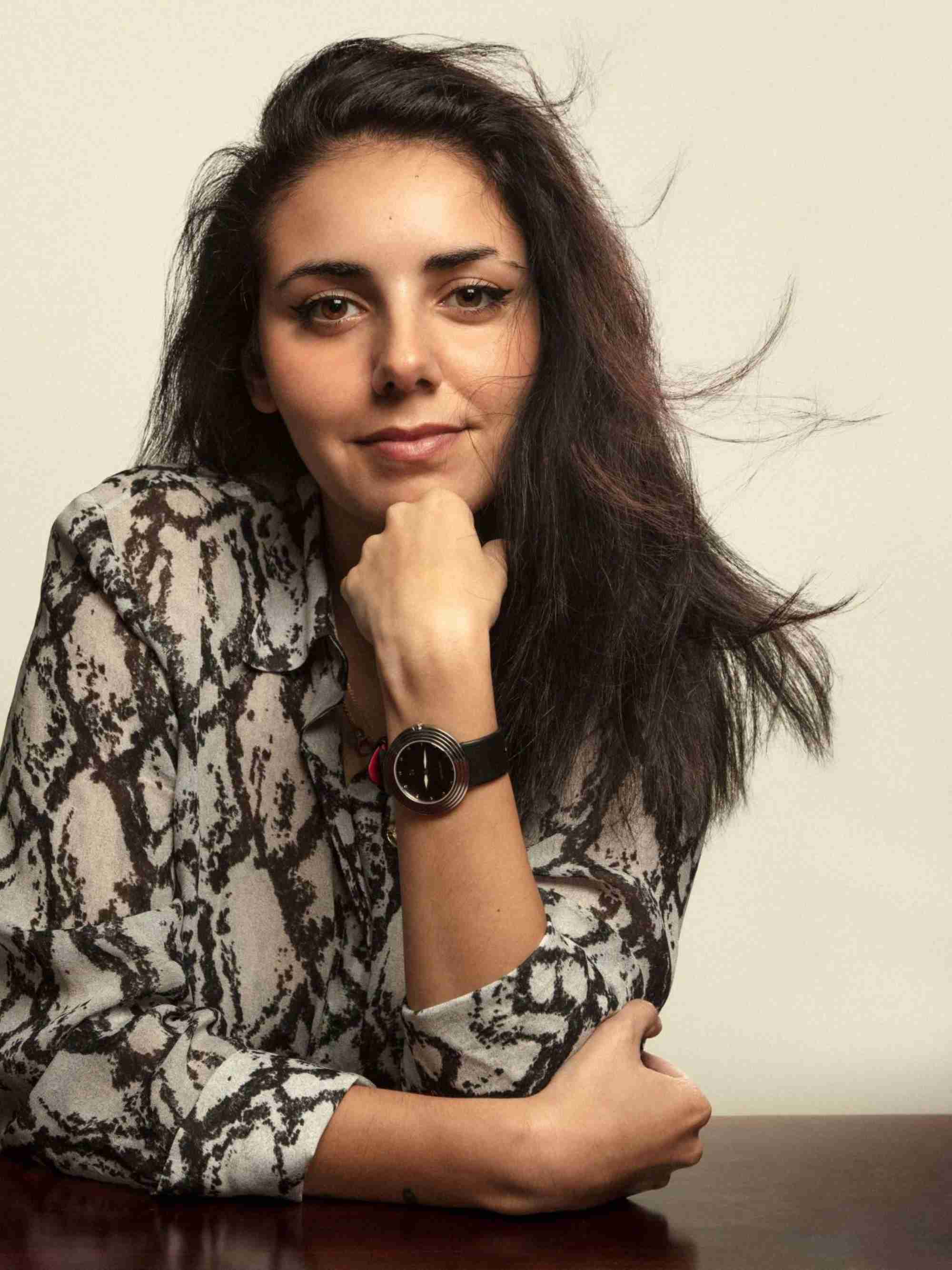 NOVE IS A WATCH BRAND CREATED BY GENERATION Z ENTREPRENEUR TIFFANY MEEROVITSCH , WHO GREWUP IN A WATCHMAKING FAMILY WHILE LIVING HER LIFE THROUGH SOCIAL MEDIA. IT GIVES THE BUSINESS A UNIQUE INSIGHT INTO THE WATCHES YOUNGER CUSTOMERS WANT TO OWN AND HOW THEY WANT TO BUY THEM AND THAT IS TRANSLATING INTO SALES ACROSS THREE CONTINENTS.NOW NOVE IS READY TO EXPAND ITS WHOLESALE BUSINESS AND IS LOOKING FOR PARTNERS IN THE UK AND UNITED STATES.

NOVE was conceived as a concept by Tiffany Meerovitsch when she was just 18-years-old. That was 2015, and five years later with a degree in art and design from a UK university under her belt, Ms Meerovitsch was back in Hong Kong to turn her idea into a reality. The company is now into its second year of production and has its sights on international expansion. “I was about 18-years-old when I started the company. I was coming into the office of my Dad, who had his own white label manufacturing and watch distribution company, and I was always sitting in on meetings and seeing how he was designing watches, managing teams and all the different aspects of putting watches together,” Ms Meerovitsch recalls. “I am 23-years-old now and it was only last year when we fully started launching and putting money into the business,” she adds.

This year, the Hong Kong business with Swiss-made watches is looking to grow its wholesale business in the United States and Britain and has an exciting launch of a slim automaticdive watch later this year that is sure to ignite interest. It is worth remembering that Hong Kong was rocked by protests in 2019, so perhaps NOVE was providing a form of escape.

Its first collection, the Streamliner, was in some ways an antidote to the tension of the city state. “It was all about the contemporary, the simplistic. I did not want anything too busy when life is hectic enough,” Ms Meerovitsch describes. “The company evolved from this design. We want to help people to take a breath, take time out to look at your watch, clear your heads. That is our philosophy.” NOVE — which is Latin for ‘new’ and is pronounced naw-vay — had a simple plan to produce clean and simple Swiss-made watches rather than extravagant or complicated pieces.NOVE watches are designed without traditional gender labels in mind, so every watch can be worn comfortably by both men and women. NOVE was always conceived as a global business in an era of mass communication over social mediaand founded by an entrepreneur who barely remembers life before Facebook.

“We are lucky that today we can connect directly to our customers around the world through our website and social media. We can speak to them, read their comments and feed that conversation back into what we do to improve our products. We aim to be as transparent as we can be,” Ms Meerovitsch suggests.

This sort of direct relationshipwith thousands of customers around the world makes NOVE an interesting brand for wholesale partners, and the business has been actively growing its network in the United States and UK, mostly with ecommerce retailers, but with the aim of broadening distribution into department stores, fashion retailers and jewelers. It would have exhibited at Baselworld in Switzerland and JCK in Las Vegas as a way of meeting buyers, but all the watch exhibitions were cancelled because of the pandemic. “We will continue to plan on exhibiting in 2021 hopefully once the pandemic subsides.” she adds.

That was doubly unfortunate, because they planned to launch a new range of automatic watches during the shows, the first time NOVE has added automatic watches to their collections. Social media had a role to play in pivoting into automatics, because it was the number one thing NOVE’s customers were asking for. “All of our customers have been asking for automatics, which is one reason why we have created an automatic collection of Trident watches that will be coming out later this year,” Ms Meerovitsch reveals. Trident watches already exist, and are promoted as the world’s slimmest diver watch. Quartz models stand just 6.8mm tall, including their unidirectional bezel, but still manage to be certified as water resistant to 660ft (200m) thanks to theirprecision engineering in a super slim 6.8mm thin case. The unique diver, can withstand the heavy pressures of diving while wearing as light as air on the wrist. At around $500, they give customers a lot for their money with sapphire crystal glass, screw-down crown and Superluminova-filled hands.

NOVE believes that the bestengineering practices are necessary to maintain the highest level of quality so its engineers and watch makers carefully hand assemble the components down to painstakingly positioning every single hour marker dot, on every single signature NOVE dial. Expect the automatics to be a little less slim and slightly higher priced, but keeping key design elements such as the jagged framing of the dial from the inside edge of the bezel and clean uncluttered watch face. The launch of the Trident automatics will be part of NOVE’s pitch to retail partners in the Fall that will have them in time for the holiday season. “We expect to have the new automatic versions of our Trident collection on sale by December. We have a lot to prepare before then because we want to be ready for the holiday season. Operating as an experienced team of acclaimed designers and with a high level of workmanship, we strive to create luxurious Swiss made timepieces that exhibit the best in usability, durability and versatility.” Ms Meerovitsch concludes. 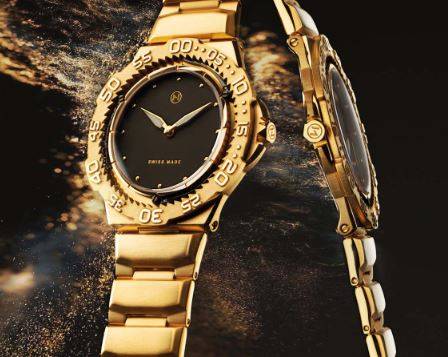 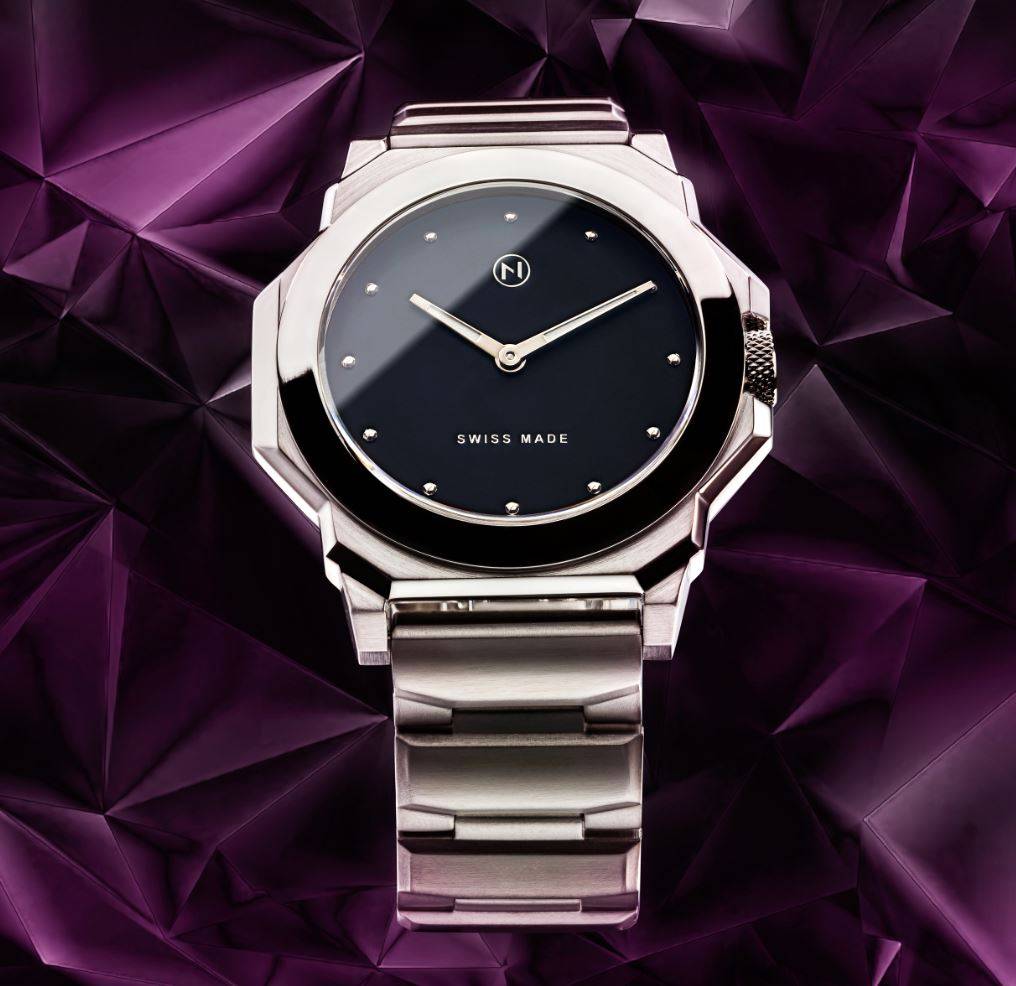